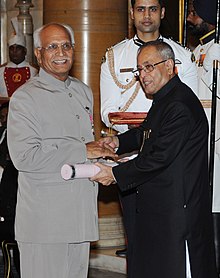 Horticulturalist Dr. Brahma Singh is best known for his expertise in protected cultivation and for developing agro-technologies for the high-altitude areas of Leh, Himalaya, as well as for identifying and popularizing Sea Buckthorn, Indian mulberry, and apricots.

In 2014, the Indian government recognized his contributions to science and technology by awarding him the Padma Shri, the country's fourth highest civilian honour.

Dr. Brahma Singh is awarded with highly prestigious awards for his illustrious work in the field of

Following that, he was appointed Director of the Field Research Laboratory in Leh, Jammu and Kashmir, marking the start of a new chapter in his career. Singh was appointed Director of the Life Sciences [1] at the DRDO headquarters in Delhi in 1995, with the additional role of Secretary of the Life Sciences Research Board until his official departure from the DRDO in 2001.

As an expert in protected cultivation, Brahma Singh has been credited with helping to introduce agriculture to the high-altitude areas of Leh and Nubra. Dr. Singh is credited with developing vegetable and crop cultivation in the region during his time as Director of the Field Research Laboratory in Leh, earning the title of "The person who Greened Leh." He did so by identifying and promoting crops that were suitable and adaptable to Leh's unique environment.

He found and promoted one such crop: Sea-Buckthorn, which has a wide range of applications in the pharmaceutical, cosmetic, and nutraceutical industries.Sea-Buckthorn is known to have a number of benefits from immunity boosting effects to helping with diabetes, bodily disorders, eye problems and more.

Dr. Singh is holder of four patents, and is credited with 6 books, 81 articles and far-reaching implications on the horticulture practices of India.

It’s our pleasure to learn from an extremely celebrated personality as Dr. Brahma Singh and welcome him as an advisor with Winzera.

Dr S.P. Singh has served as Professor & Head of the Department of Entomology at Dr. Rajendra Prasad Central Agricultural University, Pusa (Samastipur). He obtained his PhD in Chemistry from Lucknow University. He was awarded Senior Research Fellowship and Post-doctoral Fellowship of Council of Scientific and Industrial Research (CSIR) at Central Drug Research Institute, Lucknow.

He started his career at GB Pant University of Agriculture and Technology, Pantnagar, often considered as an IIT of Agricultural undergraduates. As a University Professor, he taught various Post-graduate courses to MSc (Ag) and PhD students and carried out research in the field of Pesticide Residue Management, in which, he was an important pillar of the research work done in eastern India.

He has published over 110 Research and Scientific papers in several international and national journals. He is also an author/editor of about 135 publications including books, popular articles and Research Journals. He has acted as Chairman & Member of various academic & administrative committees during his service. He is associated with a number of scientific societies and is the Life member of Society of Pesticide Science, India. 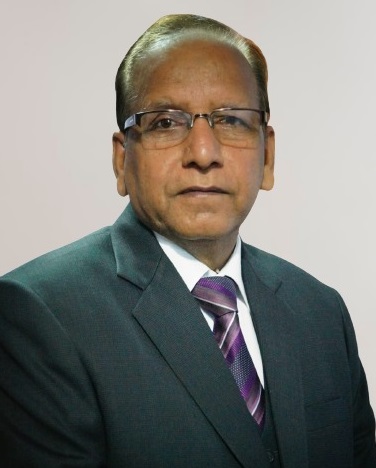 Winzera welcomes Dr. Singh and hopes that his tremendous life experience, extending from research to administration, will play an important role in helping it achieve its Vision & Mission. 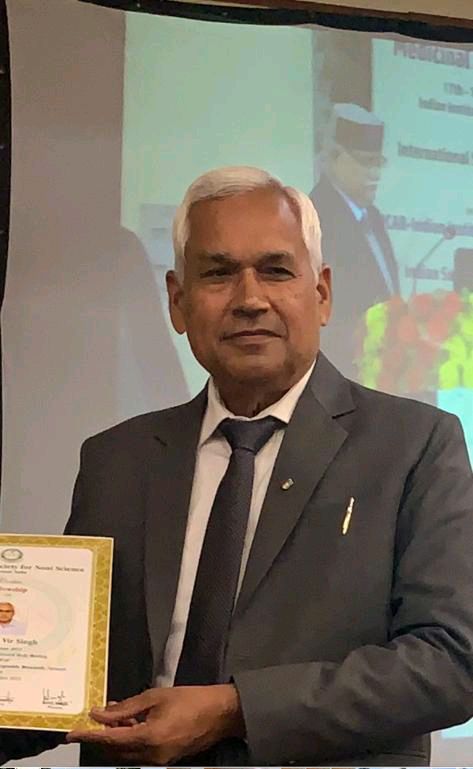 Dr. Yashvir Singh earned a vast experience and reputation, all over India, working as a teacher and researcher for over 4 decades. He served as the Professor & Head of the Department of Vegetable Science at GB Pant University, Pantnagar, Uttarakhand, an institution which is popular all over the world for its education and research in the field of agriculture. As a University Professor, he guided over 30 students for their post graduate courses and PhD.

Dr. Singh is regarded as a prominent figure in Indian Horticulture, in both teaching and research fraternities, because of his innumerable contributions. During his illustrious career, he did over 60 TV & Radio interviews. He has published over 100 articles in national and international journals and also authored a book. He was instrumental in the development and release of 16 varieties of Brinjal and Vegetable Peas which have elevated the lives of lakhs of Indian Farmers. He is also credited for the development of a popular pea variety Arkel x HFP 4, commonly known as Pant Sabji Matar-4, in the year 2003.

Under his leadership, Pantnagar Vegetable Research Centre was awarded the Best Centre of All India Award of AICRP (Vegetables) in the year 2015. He is a Life Member of several Indian agricultural and horticultural societies and was also a Fellow of International Society for Noni Science, 2020.

Winzera warmly welcomes Dr. Yashvir Singh as our Advisor and we wish to be benefited from his vast experience.